What Does the Bible Say to Do About a Fraudulent Election? 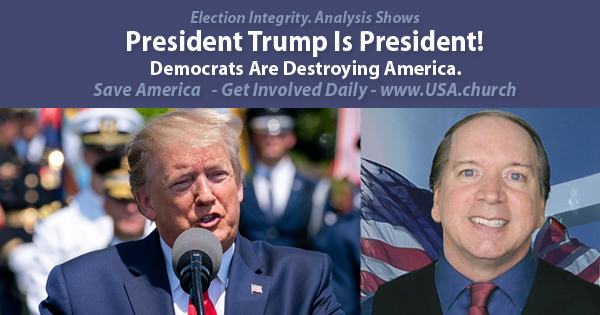 “The USA is in a national emergency. Our only hope is to surrender our lives and the nation to God and agree to obey the Lord. We have hope. It is not too late to find God’s mercy.” Steven Andrew

What does God say about an election with cheating? What if there is treason?

A study of God’s Word shows us what God wants the USA to do with the fraudulent election.

1. Agree: The Lord is just. He is a God of righteousness and commands to have justice.

Isaiah 33:22 says “the LORD is our judge”. To honor God and to have God’s blessings we serve Jesus as the USA’s judge. This is to have the righteous judgments of the Lord, with no iniquity. We are not to have the judgments of sinful man, such as bribes and cheating.

God’s will is for the USA to have justice. Hebrews 1:8-9 say “But unto the Son he saith, Thy throne, O God, is for ever and ever: a sceptre of righteousness is the sceptre of thy kingdom. Thou hast loved righteousness, and hated iniquity…”

2. Justify the Righteous: President Trump who Already Won and Condemn the Wicked Biden and Democrats.

God gives the definition of justice. Deuteronomy 25:1 says “If there be a controversy between men, and they come unto judgment, that the judges may judge them; then they shall justify the righteous, and condemn the wicked.”

God’s will is for the USA to have President Trump in the White House immediatley and be President for a full term, probably to 2025 as he has to restaff and was illegally interfered with. Analysis also shows that many Republicans also won and are to be in office. Those who cheated are guilty of treason as they tried to remove President Trump.

Remember, God says those who consent to a thief are wicked. “But unto the wicked God saith… When thou sawest a thief, then thou consentedst with him…” Psalm 50:16-18. God calls those consenting to Biden “wicked”.

Who will join me to do what is right before the Lord?

If our mission of saving lives and the nation is important to you, consider donating today to help in this most important outreach.