To Prevent the Captivity Judgment, Steven Andrew Leads Outreaches to Repent of Biden and Obama’s Sins 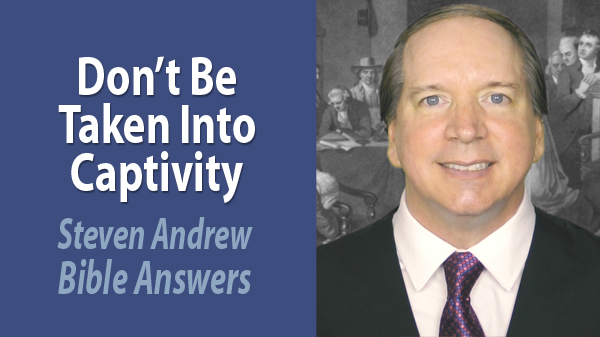 REV. ANDREW LEADS THE NATION IN REPENTANCE TO SAVE LIVES, FAMILIES AND HOMES

“Surely at the commandment of the LORD came this upon Judah, to remove them out of his sight, for the sins of Manasseh” 2 Kings 24:3.

The USA is in a national emergency with people and families in great danger of losing everything, because of our national sins. The Bible teaches Judah went into captivity for “the sins of Manasseh”. Manasseh, Obama, and Biden have many of the same sins.

There are early signs of captivity, so God wants us to repent. Democrat governors and mayors oppose God-given rights and have strict lockdowns that are unconstitional. Churches are told not to meet and have been fined over $150,000 for assembling together even Goen though God commands churches to meet. Up to $2 billion in damages were caused by riots, looting and arson as Democrats called to defund the police. Bringing God’s hope, Andrew is sharing the Biblical answer to heal our land and bring safety, liberty, and economic recovery. Andrew is pastor of USA Christian Church with nationwide ministry outreaches.

Andrew said, “the answer is found in 2 Chronicles 34 to reaffirm covenant.”

To be on God’s side, Andrew said to repent of Obama’s and Biden’s sins that led people away from God.

Father, You are the God of the USA.

I renounce Obama and Biden’s sins:

Obama and Biden’s other major sins, not necessarily related to Manasseh.

Judah did not have their sins pardoned. King Josiah renewed covenant. However, the people did not really have covenant in their heart.

God gave Andrew insight that Jesus Christ’s blood will pardon the USA if we have faith. Now with faith in Jesus Christ’s forgiveness on the cross receive forgiveness for your own sins and then the sins of the nation. Each individual needs to get right with God by calling on Jesus Christ to save them and then repent of all sin.

Steven Andrew is on a mission from God to lead the nation to revival by reaffirming covenant that the USA follows Jesus Christ. If our mission of saving lives and the nation are important to you, then donate and help today.

“No King But King Jesus” Gives Liberty and Justice

The Greatest Work of God Is Being Launched