The First Amendment is for Christianity 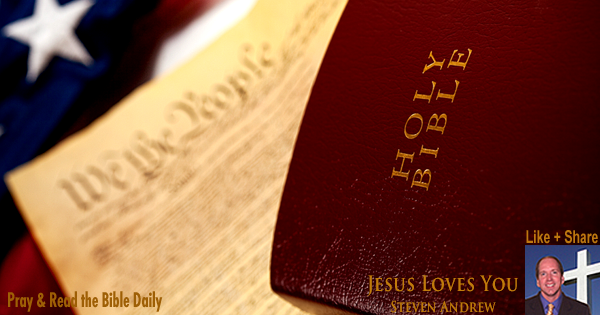 Our Founding Fathers made Christian laws for the USA based on the Holy Bible. For example, George Washington court martialed homosexuals from the military. He did this because he wanted God to bless the military and the USA. Our Christian laws are one reason why God has blessed the USA.

If someone did not want to follow our nation’s laws, then they were not welcome and/or jailed.

In the first extensive commentary on our Constitution, Supreme Court Justice Joseph Story explained that the First Amendment means Christianity only, not any other belief. This is the intent of our Founding Fathers. Justice Story’s popular 1833 work was reprinted for 72 years. He had been on the Supreme Court since 1811 and he wrote:

“The real object of the [First] Amendment was, not to countenance [approve], much less to advance Mohammedanism, or Judaism, or infidelity [secularism], by prostrating Christianity, but to exclude all rivalry among Christian sects [denominations]…”

The First Amendment of our Christian nation says:

“Congress shall make no law respecting an establishment of [one Christian denomination] religion, or prohibiting the free exercise [of Christian religion] thereof…”

The First Amendment is not meant for other religions but to allow Americans to practice Christianity in their Christian denomination. Our Founding Fathers declared independence with Christian liberty. Also notice the oaths taken in our nation to God on the Holy Bible. By including the Holy Bible we show this is to the LORD not a foreign god. It is important to understand these two points about our Founding Fathers. They believed:

1.  Christian faith is the most important part of life, and

2.  USA freedom is for Christian freedom, not all “freedoms”.

Save Our Christian Nation

If our mission of turning the USA to God and saving lives is important to you, then consider donating today.