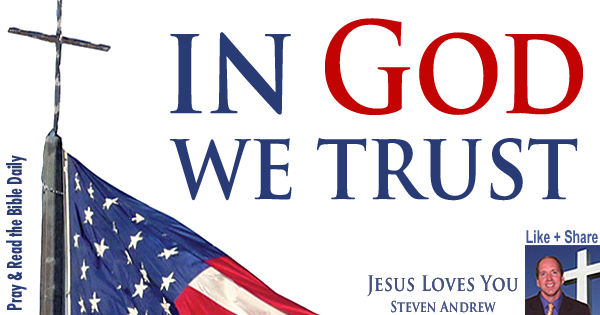 To have God’s protection for the USA, Rev. Steven Andrew reminds us that all the founders opposed homosexual sin as the founding father’s quotes reveal. Andrew is doing the historic ministry of leading the USA to reaffirm covenant that the USA follows Jesus Christ. He asks people nationwide to obey God.

To have God’s favor for the military to win wars, George Washington court martialed homosexuals. The most famous American forbid this sin. Giving the order to drum out a soldier accused of sodomy:

The full quote is:

“His Excellency the Commander in Chief approves the sentence and with Abhorrence and Detestation of such Infamous Crimes [sodomy] orders Lieutt. Enslin to be drummed out of Camp tomorrow morning by all the Drummers and Fifers in the Army never to return; The Drummers and Fifers to attend on the Grand Parade at Guard mounting for that Purpose.” George Washington

Like many of our founding fathers, George Washington didn’t want to say the words “sodomy” or “buggery”, so he said “infamous crimes”.

It is important to obey God, because He opposes those practicing sin. He calls those rejecting Him “haters of God” (Romans 1:30).

Known as the Schoolmaster of the Republic, Noah Webster wrote in the Webster’s Dictionary that homosexual sin was against nature as God says in Romans 1. Noah Webster instructed Americans with:

Since God promises to destroy sodomite societies, the famous Encyclopedia Britanica taught it as:

“The nameless crime, which was the disgrace of Greek and Roman civilization…”  Encyclopedia Britannica 1833

Jude 7, 2 Peter 2:6, Leviticus 18:25 and other Bible verses say that God removes homosexual societies from the earth. History proves this. None remain. There are significant homosexual health dangers. CDC reports that one in five homosexual have HIV. The average age of death for a homosexual is 42 years old (Cameron). There are other diseases and depression that are common to homosexuals studies show. This is why God’s love to forgive sin gives hope to sinners. You can be born again by calling on Jesus Christ.

All 13 colonies and all 50 states outlawed homosexual sin. Throughout American history we see homosexuals are shamed because God says such sin is an abomination and shameful in Leviticus 18 and Romans 1. Our founding fathers raised their children to be Christians including Christianity throughout government, schools and the military, which is why God blessed the USA above other nations.

While some of the early colonial laws had significant penalties, even the death penalty, for some sins as an effort to keep families strong as they settled, later the penalties were lessened.

“That if any man shall lie with mankind as he lieth with womankind, both of them have committed abomination…”

Remember, obeying God brings God’s protection. That is why George Washington court martialed homosexuals and forbade them from being in the military.

God’s Plan for Men and Women

What is God plan for marriage? “God’s purpose for men is to follow Jesus Christ, love their wife and train their children in Christ (Ephesians 5:22-6:4),” Andrew said.

“Can you see that the people calling Christians “homophobes” reject God and the Founding Fathers? The Bible tells us we have blessings for obeying God or God’s judgment for rebellion,” Andrew explained.

All sin can be forgiven, because of Jesus dying on the cross. Think how Jesus came to call sinners to repentance. Jesus simply says, “repent” to sinners. Jesus gave remarkable compassion to the woman caught in adultery. He forgave her, saying, “go, and sin no more” (John 8:11).

“God’s forgiveness is seen with Jesus Christ dying on the cross,” Andrew said.

Will you call on Jesus Christ to save you from your sin, whether your sins are lies, gossip, sexual sins, abortion, pride or other sins? Will you place your faith in Jesus Christ? Will you repent?

As a caring pastor, Andrew wants people to be strong Christians. That is why he asks the nation to pray and read the Holy Bible daily. “Many Christians pray and read a chapter or more of the Bible when they wake up and before they go to bed. This will help you be strong,” he said.

Steven Andrew is only able lead the nation to reaffirm covenant that the USA follows Jesus Christ with your financial support. For national outreaches, $150,000 must be raised. Consider becoming a monthly partner or making a generous donation today.

Please provide the following information so we may send you a receipt and a thank you gift.* To give by mail click here.

Thank you for your most generous support to the Lord.

TO BE ABLE TO SHARE GOD’s WORD IN POLITICS, USA CHRISTIAN CHURCH CAN NOT BE A NON-PROFIT
Money given to USA Christian Church is not tax deductible. If you want the equivalent of a “tax-deduction” simply subtract that amount before giving. Learn more.

SECURITY
All transactions on USA Christian Church are secured.

* All gifts of $20 or more receive a mailed thank you gift.