Why is Joel Osteen Committing Adultery to God? 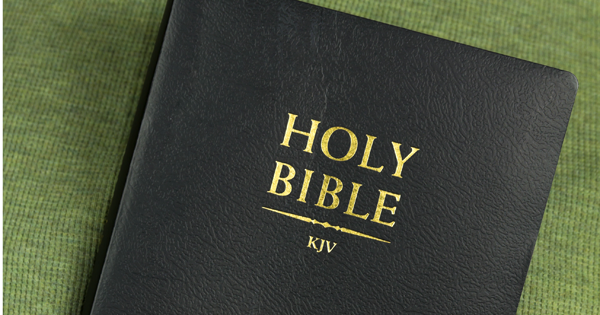 “Pastors are expected to lead people to God, not false religions and cults. Joel Osteen has been caught in adultery to God and is betraying Jesus,” says Pastor Steven Andrew, President of USA Christian Church and author of “Making A Strong Christian Nation”.

The ministry president calls for Osteen to step down since he won’t renounce Mormonism. James 4:4 says, “Adulterers and adulteresses! Do you not know that friendship with the world is enmity with God?”

Jesus Christ died on the cross to forgive our sins, but Osteen said, “I see [Mormons] as brothers and sisters in Christ,” “It would be appropriate [for Mitt Romney to speak at Liberty University]” and “I just believe in all my heart [Obama] is a Christian”.

Jesus teaches that according to their fruit you will know wolves in sheep’s clothing.

Obama’s fruit is covering the name and cross of Jesus at Georgetown, wanting to leave living babies to die who survive abortions, mocking God with homosexual sin, tempting Americans to covet other people’s money, following Saul Alinsky books dedicated to Lucifer and other sins.

Romney’s fruit is an elder in the Mormon cult. Mormons believe that Jesus is a created being, the spirit brother of Lucifer. Romney thinks “magic” underwear gives power and that he will become a god. This is considered evil by Christians because Jesus is the second Person of the Godhead, the Holy Spirit gives power, and Satan tried to be god and is condemned to hell.

Pastor Steven Andrew hoped to talk privately with Joel Osteen, but Osteen refused. Pastor Steven says, “I care for Christians and encourage them to find Biblical pastors to know Jesus. Osteen is sharing in Obama’s and Romney’s sins, and misleading Americans.”

“God loves Americans. Will you be faithful to God and His Word?” says Pastor Steven. “The Joel Osteen affair with enemies of God is a Joel Osteen scandal,” he continues.

“Franklin Graham, Richard Land and Pat Robertson are also called to step down for leading Americans astray to vote against Scripture with Mormon Romney (Mark 12:30, Exodus 18:21, 2 Samuel 23:3),” he adds.

“Ron Paul is the only Christian running for President and could win as a write in, or by Christians publicly renouncing Romney,” he continues.

“If doesn’t matter if Romney has a Christian VP, it is still forbidden by Scripture to vote for Romney or Obama. That is being unequally yoked. Our Founding Fathers would boldly warn Americans to stay away from Romney and Obama,” he says.

“Christians are going to speak out against preachers and organizations betraying Jesus Christ. We want a strong church and a strong Christian nation with God’s favor,” he says.

Pastor Steven Andrew started a daily teaching video to encourage Christians to grow in God. He is raising funds to lead a 1000 pastors to pastor the USA, and to buy TV time. To help support these ministries, click here.

“No King But King Jesus” Gives Liberty and Justice

The Greatest Work of God Is Being Launched